On the evening of 4th December 2019 the members of the lodge and visiting brethren, gathered together in order to bestow the title of Master of the Lodge upon Jim M. who had served the previous two years as a warden. After welcoming David G. (representing the Provincial Grand Master) into the lodge room, Jim was installed by Rod C. according to ancient custom, after which he was proclaimed thrice by the Director of Ceremonies.

The Master was then pleased to appoint and invest his officers and stewards for 2020. A particularly poignant moment for Jim was the pleasure of appointing one of his sons as a warden. It was remarked later over dinner how pleasing it was to see that all the progressive offices were held by 'light blues' each of whom had move one rung up the 'ladder.'

The evening concluded at a quarter to midnight, after a four-course dinner complete with the usual raffle (which raised over £200 for charity), toasts and song.

Rob has been a member of Phoenix Lodge since 2004 and occupied the chair in 2011. He is currently the lodge's Director of Ceremonies, responsible for the quality of ritual delivered at meetings. He advises members on matters of etiquette and procedure. In his spare time he enjoys his photography and computing, as well as his Freemasonry.

Events
Installation Ceremony 2021
Andy S. was installed as Master of the Lodge.

Rob H.
Events
COVID-19: Next Steps in 2021
Details of the resumption of lodge activity.

Jim M.
Events
COVID-19: Suspension of Lodge
Under the direction of the Grand Master HRH The Duke of Kent, the lodge will be suspended for a period of four months from today. 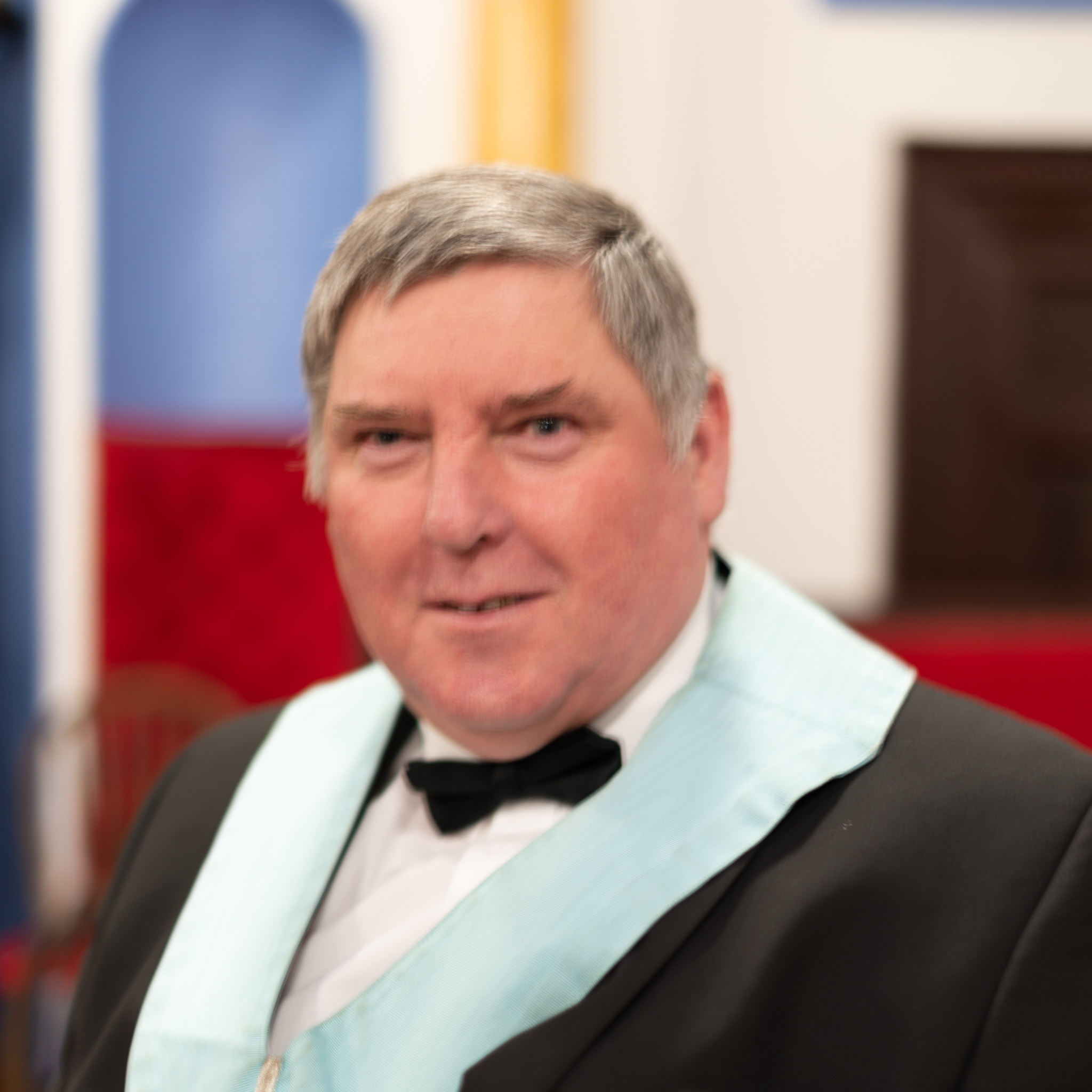 Andrew S.
Events
Installation Ceremony 2019
Jim M. was installed as Master of the Lodge according to ancient custom.

Rod C.
Events
Proclamation Ceremony 2019
A convivial meeting was enjoyed by all, as Rod C. continued as Master of the Lodge.